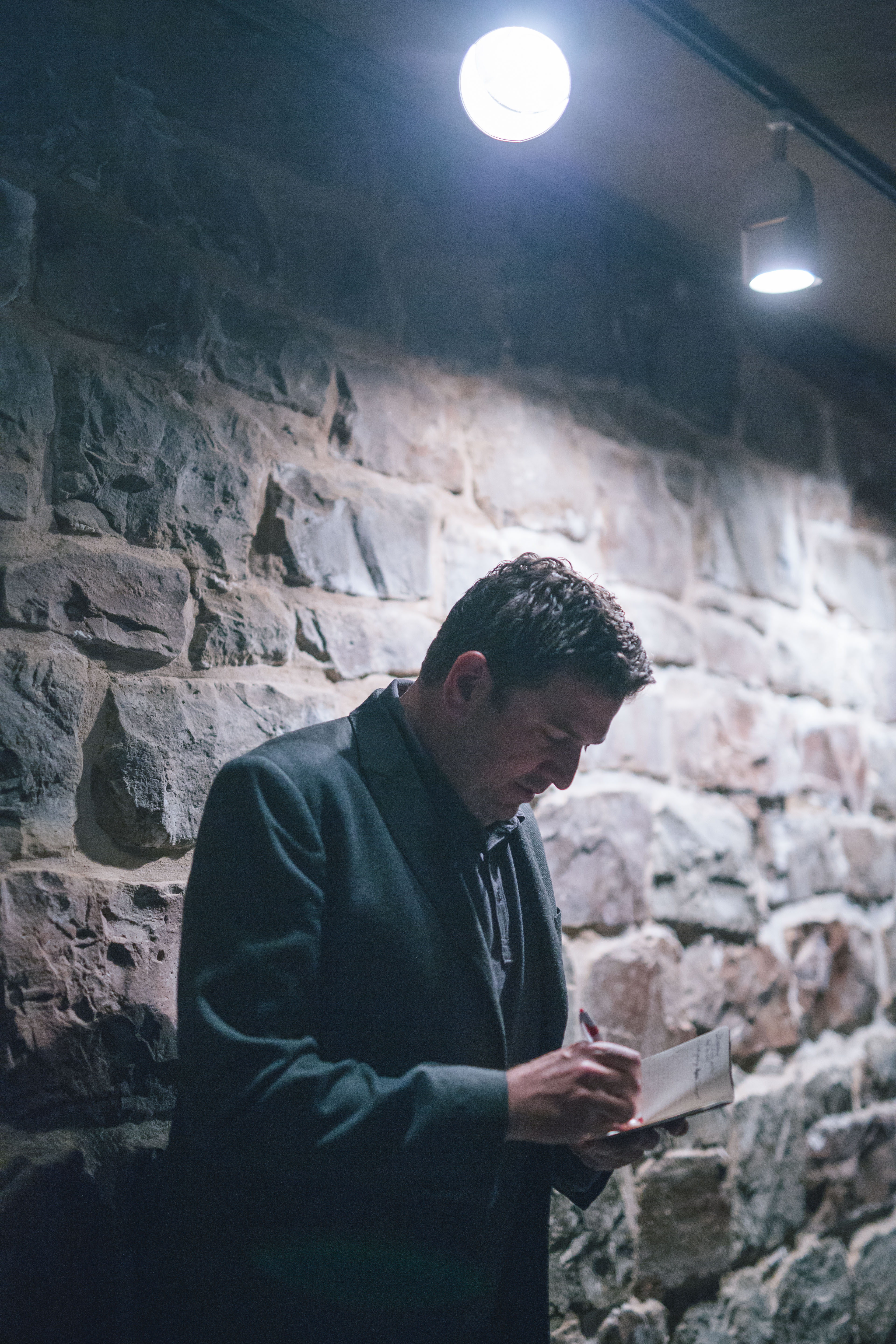 Chris Voth grew up in Chico, California, attended Azusa Pacific University in an attempt to play college basketball, and started doing open mic shows in the Los Angeles area after graduating with a bachelor’s in English. He relocated to Denver in 1998, won the new talent contest, and became an official regular at the renowned Comedy Works comedy club in 1999. That opened the door to frequent stage time and opportunities to work with the top names in stand-up on a weekly basis.

From 2002 to 2006, Chris relocated to San Francisco and worked regularly at the Punch Line and Cobb’s comedy clubs. While living in the Bay Area, he appeared on the second season of NBC’s Last Comic Standing. Also, for two years, Chris traveled and performed in an improv comedy troupe.

Chris returned to Denver in 2006 and resumed regular appearances at Comedy Works and an increasing corporate show schedule. In 2008, Chris heard the call of community service (and a regular paycheck with health/dental benefits) and took a job teaching high school English at a Denver Public Schools charter school. What began as a one- or two-year detour became a passion for Chris. He quickly returned to school and earned a teaching license and then graduated with a Master’s in English from the University of Colorado Denver in 2014. In acknowledgment of his dedication to students and commitment in the classroom, Chris — or Mr. Voth — was awarded a Denver Mile-High Teacher Award through the Mayor’s office.

All the while, Chris continued to perform 100+ shows per year on nights/weekends and during summer breaks. He made two more appearances on Last Comic Standing, recorded a CD (“Never Mind the Jim J Bullocks, Here’s the Chris Voth”), published a short story (“A Comedian Walks Into a Classroom”) in the Cream City Review, filmed a half-hour special on Altitude Television, appeared on Comic’s Unleashed, did another special (“Cashmere”) for Dry Bar Comedy, began opening for Ron White, and made his late night debut on the Late Late Show.

In 2019, while teaching full time at Pomona High School (Arvada, Colorado), coaching the varsity girls basketball team, and maintaining a full-time show schedule, Chris graduated with a Doctorate in Education from the University of Colorado Denver. As evidence of his continued academic commitment and love toward students, the graduating senior classes voted him to be the commencement speaker three years in a row.

Meanwhile, the work and travel with Ron White continued and after a brief hiatus during the pandemic, Chris (now Dr. Voth) has become Ron’s primary opening act.